Has Deceased Owner Of Famed French Hotel Left It To The Dogs? 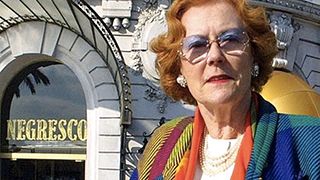 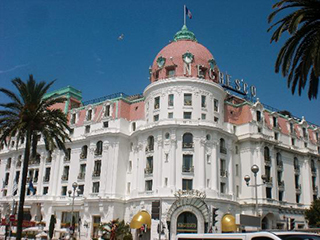 Uncertainty surrounds the future of one of the most famous grand hotels in Europe after the property’s flamboyant owner and chief executive died at the age of 95 without an heir – amid speculation that she may have left her hotel to animals.

Jeanne Augier personally ran the striking pink-domed Negresco hotel, in the French Riviera city of Nice, for more than 60 years after inheriting it from her father in 1957. She died this week in her 96th year and legal disputes are reportedly already underway about what will happen to the hotel.

In 2009, it was reported that Augier planned to leave the hotel and its profits to a new foundation devoted to animals and the poor. A great lover of dogs, she championed both causes, and she was determined to keep the hotel out of the clutches of international hotel chains. Whether dogs will inherit her hotel has not yet been determined.

The Negresco opened in 1913 in Nice and quickly became a favourite with European royalty. It has more than 140 rooms, each with its own unique furnishings and French art “collection pieces.”

The property has always been open to pets and guests are encouraged to bring them along.

Augier famously told Microsoft founder Bill Gates that he was not rich enough to buy her fabulous hotel.

In an interview with French newspaper Liberation in 2009, she said: “I must have a hundred offers a year to buy the Negresco. It’s out of the question.”