Japan Hotel Lays Off Robots – They Create Too Much Work 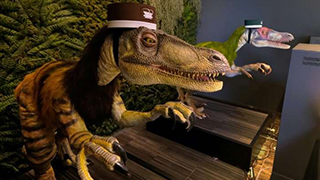 We don't know how we'll do without you, but starting Monday we'll try. 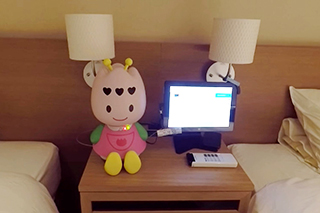 Cute, but not that bright.

Even androids are having a tough time finding job security. Japan’s Henn-na “Strange” Hotel has laid off half its 243 robots after the faux-humans created more problems than they solved. You know, kinda like those supermarket self-check-outs?

As the Wall Street Journal first reported, one of the layoffs included a doll-shaped assistant that came with each hotel room. It was called Churi.

That was a problem because Churi was supposed to help make up for the Strange Hotel’s skeleton staff by substituting in for human workers.

Others robots now updating their resumes:

Many of the robots that have been retired were in service for years, making them outdated. It happens to the best of us. The hotel decided it was easier to fire them than replace them, citing high costs.

In the end, a lot of the work the robots were supposed to do could be done more efficiently by humans. And when it came to robot-human interactions, the bots fell short. Not surprising, as humans are a notoriously tricky species, and hard on the circuitry.

The takeaway -- we may still be a little ways off from a completely automated hotel. We’re OK with that. Real travel advisors is also an idea whose time has come!