Lufthansa To Sue Pax Who Got Cheap Flight Through Loophole 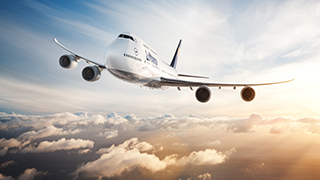 That’s perhaps how one flyer is feeling after using the “hidden city” hack and now may be paying the price for it.

According to Travel Mole, a passenger booked a business class ticket from OSL to SEA via FRA for just under CAD$1,000.

On the return flight, the passenger flew from FRA to BER on a separate ticket.

Lufthansa is claiming the passenger should have paid CAD$4,100 and is demanding the difference, plus interest.

That’s how the hidden city hack works – you book a flight with a stopover, where the connection flight is actually your intended hidden destination, and you simply don’t board the second leg of the flight. This can save flyers a lot of money, as non-stop flights tend to be more expensive than a flight with a stopover over a longer distance.

The Independent noted that airlines coming after passengers using this hack is not a common occurrence, but Lufthansa may be taking this instance seriously in order to dissuade others from trying.

According to Fox News, most airlines have terms in their conditions of carriage that warn passengers off the hidden city hack.

Qatar Airways, for example, has this in its fine print: “Should you change your transportation without our agreement or fail to fly the complete itinerary booked, we will assess the correct price for your actual travel. You will have to pay any difference between the price paid and the total price applicable, together with any applicable administration charge, for your revised transportation.”

This doesn’t seem to be deterring some flyers in the search for bargains. There is even a dedicated website for using this hack, called Skiplagged, which uses algorithms to show the cheapest flights and hidden-city flights and claims it can find travellers savings of up to 80%.

The hack only works if flyers don't show up for the second leg of their flight, as the whole journey will be cancelled if you don’t show up for the first flight. And trying it with budget airlines is useless, as pricing is based on a segment-by-segment basis.

I was made aware of your article on the Lufthansa-Case.

I am the passenger's lawyer in this case.

To make one point very clear as some media got it wrong: There is already a first instance ruling in which Lufthansas action was already dismissed. We are currently in the level of appeal.

If I should be able to help you out with any more information or a legal opinion: Just shout out to me. We are quite optimistic to prevail in this stage of appeal as well. We have an array of arguments towards the clause in Lufthansas T&Cs of which every single argument would make their lawsuit unsuccesful. Being intransparent for the passenger, as the court stated in the first stage, is just one of the arguments.

You can find our information website with some more background information, that might also be handy for your users, on https://www.franz.de/en/law-firm/news/soft-landing-local-court-of-berlin-mitte-strengthens-consumer-rights-in-a-lufthansa-case/

If this should be of interest, we are also available for interview request, we can provide photos, videos and audio material.