‘Disgruntled Employee’ Thought To Be Behind LGW Drone Attack 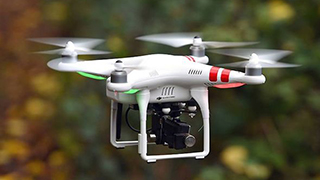 Police reportedly believe a ‘disgruntled employee’ was behind the pre-Christmas drone attack that brought chaos to Gatwick airport.

The incident that began on 19DEC 2018 grounded aircraft over three days, with 1,000 flights cancelled and 140,000 passengers affected.

Analysis of police witness reports, including from the most senior members of staff at the airport, have led officers to believe that the drone was probably operated by someone who knew the layout of the site, according to The Times, quoting government sources.

The drone was seen swooping past the air traffic control tower, where controllers could not photograph or film it due to a ban on mobile phones. Gatwick staff on the ground also claimed that it appeared to be taunting them by flying low overhead and flashing its light in their direction.

It is now thought that the drone also “hid” behind buildings and structures where it could not be reached by the military-grade anti-drone equipment brought in to defeat it, according to a Whitehall insider.

“[The drone pilot] knew the blind spots for it, where it could not be ‘hit’. It was clearly someone with really good knowledge of Gatwick, someone who had worked there. Hypothetically it could have been a disgruntled employee,” the source said.

One theory is that the operator of the hostile drone, which has never been recovered, may have been flying it from within the airport boundary, the insider added.

The drone repeatedly appeared and disappeared from 19-21DEC, raising the suspicion that when it vanished the perpetrator was grounding it to change batteries or put it on charge while deploying a second model.

The government yesterday announced an extension of drone no-fly zones around airports from 13MAR together with new powers to stop and search suspected rogue drone operators.