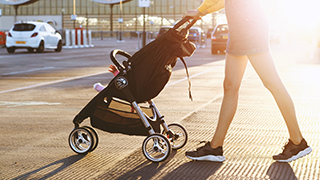 At one point or another in our lives, we’ve probably all forgotten something in the departure lounge before boarding a flight – our sunglasses, our water bottle, a magazine, our child…

Probably not that last one, although one recent incident proves that nothing is impossible.

A flight heading to Kuala Lumpur, Malaysia did a U-turn after a young mother onboard realized she had left her baby in the airport departure lounge.

The Saudi Arabian Airlines flight returned to King Abdul Aziz International Airport in Jeddah, Saudi Arabia where the mother was able to retrieve her child.

A video of the pilot requesting Air Traffic Control in Arabic and English for permission to return has gone viral on social media.

According to Gulf News, you can hear the pilot say, “May God be with us. Can we come back or what?”

The operator can then be heard saying, "This flight is requesting to come back...a passenger forgot her baby in the waiting area, the poor thing."

After reconfirming the reason and clearing the plane to return to the gate, the operator says, “This is totally a new one for us!”

In the video comments, Gulf News reports that the pilot was applauded for his humanity.