“Be Taken By Albania:” Now That Is One Weird Tourism Slogan 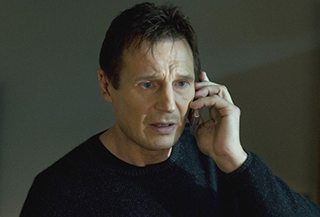 Liam Neeson in the film 'Taken.' 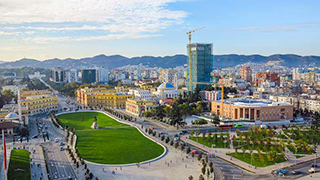 Albania is testing the old maxim that there is no such thing as bad publicity.

The tourism board’s new slogan is “Be Taken By Albania,” which is raising uncomfortable associations with the 2008 Liam Neeson film Taken, a drama about an Albanian sex trafficking ring.

Of course the tourism board is using the tagline in a different way – meaning ‘taken by’ as in ‘captivated with’ -- but it was clearly conscious of the association when it chose the slogan.

On its website, the tourism board refers to the country’s reputation for criminal activity and invites the Northern Irish actor to visit.

Text on the homepage of takenbyalbania.com reads as follows:

In popular culture, Albania has been coloured as a haven for thugs, criminals, and gangsters. While we understand that perception might make for good movies, like Taken (2008), it’s wholly untrue! In reality, Albania is a beautiful and incredibly safe place to visit and live.

That’s why we’ve started this campaign to personally appeal to famed Taken actor, Mr. Liam Neeson. Watch the video and join us by signing the petition to get Mr. Neeson to Albania and Be Taken by its beautiful nature, hospitality and eternal traditions.”

Albania, located on Southeastern Europe’s Balkan Peninsula, is a small country with Adriatic and Ionian coastlines and an interior crossed by the Albanian Alps. The climate is distinctly Mediterranean.

The country was isolated for much of the second half of the 20th-century under the eccentric leadership of Enver Hoxha. Albania has many castles and archaeological sites and the capital city Tirana centres on sprawling Skanderbeg Square, site of the National History Museum.