Philippines Beach Resort Tells ‘Freeloading’ Influencers To Get A Job 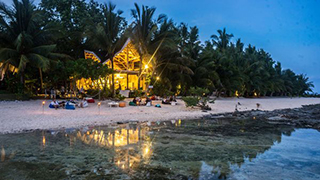 A luxury beach resort in the southern Philippines has won plaudits on the internet for telling “self-proclaimed” social media influencers to stop asking for freebies and get a job.

“We are receiving many messages regarding collaborations with influencers, Instagram influencers. We kindly would like to announce that White Banana is not interested to “collaborate” with self-proclaimed “influencers”,” said the White Banana Beach Club Siargao, in a Facebook post that has since gone viral.

“And we would like to suggest to try another way to eat, drink, or sleep for free. Or try to actually work,” it added.

The Telegraph reports that the post has chalked up thousands of likes in just a few days, with many comments applauding the club’s stance and pointing out that the resort, which sits on white sands in Surigao del Norte, the southern Philippines, appeared to be adept at raising its own profile.

“Whoever is curating your social media accounts, is actually doing an amazing job. Kudos to you for standing up to that "self-proclaimed influencer" who wanted to rip you off,” said one comment by Rhya Regondola.

However, some defended the professional influencers as dedicated individuals who “work their asses off to give their followers the best content.”

Others expressed anger at the post. “HOW ABOUT THE INNOCENT INFLUENCERS who is (sic) now affected because of this shaming you did? you spoke and attacked everyone. Saying that "or try to actually work..." isn't that insulting?” asked one woman under the name of Marjorie Liwag, demanding an apology.

The resort later clarified that “We are not against INFLUENCERS. Just against freeloaders.” But it couldn’t resist another dig by announcing the creation of a new bourbon-based beach bar cocktail named “The Influencer,” crafted “to please your tongue and warm up your hearts."