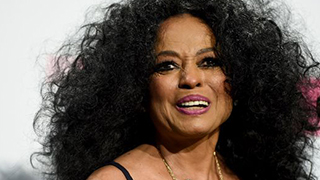 A stunned Diana Ross has tweeted that she was "treated like (expletive)" when she went through security at the New Orleans airport.

The 75-year-old Motown icon writes that she was greeted like "royalty" when she played Saturday at New Orleans Jazz & Heritage Festival, but that glow didn't last.

She called out the Transportation Security Administration on Twitter for what she describes as an "over the top!!" pat-down when she went to catch her Delta flight at Louis Armstrong International Airport. "Makes me want to cry!!!"

It's "not what was done but how," Ross wrote early Sunday. "I am feeling violated."

She detailed how a female TSA agent told her she was doing her job. "I still feel her hands between my legs, front and back. ... WOW!! really mixed emotions."

"I always like to see the good things but not feeling good right now."

“TSA is committed to ensuring all travelers are treated with respect and courtesy. TSA is aware of concerns presented by Diana Ross about her screening experience at Louis Armstrong New Orleans International Airport this morning," the statement says.

Video of the incident indicates that the officers involved "correctly followed all protocols," the statement says. "However, TSA leadership will continue to investigate the matter further. We encourage Ms. Ross to reach out to TSA so we can work with her directly to address her concerns.”

Later Sunday morning, Ross shared a clip of her Jazz Fest performance of "Stop! In the Name of Love" and wrote that she was "feeling better."

In 1999, Ross had a run-in with security at London’s Heathrow Airport, where she accused a female officer of touching her breast during a body search.

The star was detained for four hours after allegedly assaulting the officer.

"It's disgraceful,” she told reporters at the time, according to The Guardian. "They wouldn't touch a man's penis, would they?"