Time Flies: First A380s Are In The Scrapyard 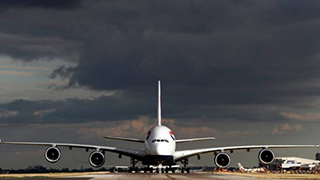 It seems like yesterday when the world’s largest passenger aircraft made its splashy debut. Now the first two Airbus A380s are being scrapped in Tarbes, France

At the very young age of just 12 years, these two ex-Singapore Airlines Super Jumbos have failed to find a second-hand operator and are being discarded.

Once the leasing agreements with Singapore Airlines were completed, the two aircraft were repainted to a full-white livery and flown to Tarbes for storage.

Today, Airways reports that the planes have been spotted missing their four engines and other key components.

In 2017, Singapore Airlines withdrew the first Airbus A380 ever delivered from its fleet.

The aircraft, 9V-SKA, was delivered in October of 2007 and was just over 11 years old at the time of its retirement. This plane marked history as the first A380 to enter commercial service, on a flight from SIN to SYD.

Later on, Singapore Airlines phased four out more A380s, as five factory-fresh planes were delivered to the carrier. One of the older planes found a new home with Portuguese wet-lease specialist, Hi Fly, which became the world’s first second-hand operator of the largest passenger plane on earth.

Since then, Airbus decided to pull the plug on the production of the A380, with a scheduled shutdown date of 2021. With only 70 firm orders left to fulfill, of which 23 have been indefinitely deferred, the viability of one of the world’s most ambitious and expensive airplane programs is no longer plausible.From 313 firm orders, 236 planes have been delivered -- about 75% of the total order book.