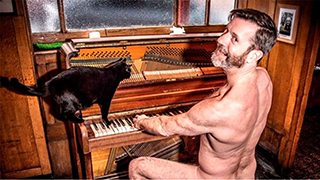 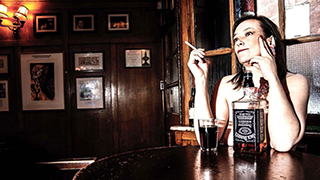 For many, it's a bucket-list London experience -- sitting at the bar at one of the British city's oldest and liveliest pubs, pint of beer in hand, soaking up the atmosphere.

But your mental picture of this iconic experience probably doesn’t feature naked customers perched on bar stools. If it does, however, you may be in luck.

The Coach & Horses, a London institution situated in the city's buzzing Soho district, has been officially granted a nudist license, allowing customers and bar staff alike to bare it all.

Landlord Alastair Choat says it's all part of the community atmosphere he's fostering in his pub. The Coach & Horses -- once famed for playing host to "London's rudest landlord," Norman Balon -- has been run by Choat since 2006. Over the past 13 years, he's turned the establishment into what he says is London's first vegan and vegetarian pub.

Choat and his daughter Hollie also revived traditional London pub singalongs and have striven to maintain what they call "the bohemian atmosphere so beloved by writers, journalists, actors and artists."

Speaking to CNN Travel, Choat namechecks Brit flicks "The Full Monty" and "Calendar Girls" as inspiration for this nude enterprise.

"There is this -- in times of real need and despair and trying to defend something of value -- great British tradition of stripping off," says Choat.

To get its nude project off the ground, the pub had to seek permission from local authorities.

"You have to apply for a special notice," he explains, adding that it's similar to the license needed for adult entertainment establishments.

"You do have to have the right staff on, because obviously the team have to be comfortable with it," he says. "But to be honest with you, when you do these things, after 10, 15, 20 minutes no one notices anymore. It's a bit like you go to a pub where there's a band playing and you not very interested in it, after a while it's just background music.

"If everyone's naked it's going to be hilarious, it will be very funny."