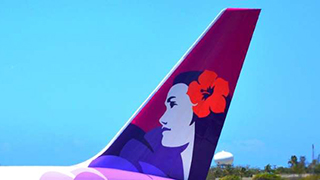 But that’s what happened to some Hawaiian Airlines pax, who tried to book free flights using miles, but were charged dollar-for-dollar instead.

While the customers tried to book free flights using miles, instead of debiting their miles, the system charged the customers in dollars.

Hawaiian said the glitch occurred in its reservation system a week ago and is in the process of reimbursing customers.

"We are contacting each of those customers who experienced an overcharge and will, obviously, make them whole," the company said.

But that wasn't the extent of the problem.

A further 1,300 tickets were issued to HawaiianMiles customers which didn't in fact debit any miles.

The airline later cancelled these bookings and refunded any taxes and fees paid, however that left customers on the hook for non-refundable hotel bookings and other expenses.

The airline has promised to credit these customers with 10,000 HawaiianMiles.