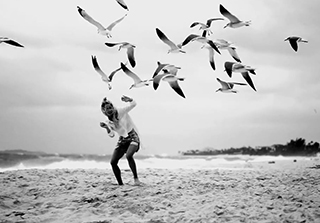 In a scene reminiscent of a Hitchcock movie, a visitor to Walt Disney World is suing the park over injuries caused by an angry bird.

The lawsuit claims Lisa Dixon was “dive-bombed” by a “migrating” bird causing a “traumatic brain injury” and herniated disks. Other than “migrating” the bird type is not identified.

But the lawsuit describes the impact of the bird strike as akin to being hit by a baseball. It also blames Disney for not warning visitors about the possible danger of migrating birds.

With no warnings, Dixon had a “false sense of security,” lawyer Thomas Schmitt said. "If there's a company that's well-versed in safety, it should be Disney," he added.

The “attack” took place as Dixon was waiting on a dock by the Polynesian Resort to board a boat at Seven Seas Lagoon.

The suit is claiming “unspecified damages in excess of $15,000.” Schmitt says Dixon’s injury affected her focus and her personality. “It’s changed her life,” Schmitt said.

If that’s the case, $15K seems like a low ask for a traumatic brain injury and herniated disks, but who are we to judge?

Disney said only it will “respond to the allegations as appropriate in court.”