Hong Kong Airlines Appears To Have A Few Screws Loose 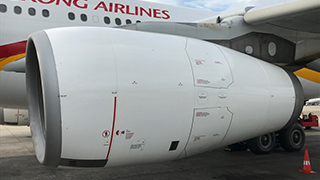 As a passenger, the last thing you want to see on your flight is parts falling off the plane, even the tiniest pieces.

A Hong Kong Airlines plane flying from Tokyo to Hong Kong spent six hours on the tarmac on 29MAY after two screws reportedly fell out of a wing.

But it wasn’t the first such incident. In fact, it was the seventh time in four days an HX flight between the two cities had arrived at its destination missing parts such as screws and light covers.

In a statement, the airline said it had allowed planes to fly with missing parts as long as the missing items did not risk the safety of the aircraft.

The Japan Civil Aviation Bureau (JCAB) also concluded that the missing parts were not critical to the plane’s safety – despite alarm in Hong Kong over the incidents – and stated there were no reports about damage to citizens or property.

Even so, JCAB said it was concerned about parts dropping from aircraft and directed HX to develop measures to avoid any cases like this.

Hong Kong Airlines said in a statement that all of its aircraft were “carefully inspected before each flight” and that the company would continue to uphold its inspection and maintenance standards.

The city's Civil Aviation Department said it considered the missing parts a relatively minor incident, but it asked HX to submit a detailed report as soon as possible.