LPL Got 842 Noise Complaints In One Day – From One Man 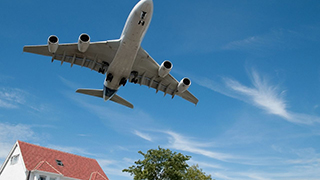 Aircraft noise complaints are a touchy subject. Nobody likes to be unnecessarily disturbed, but flights need to land somewhere. And if aircraft noise is a huge deal for you, living along a flightpath is probably a bad decision.

As with many airports, Liverpool John Lennon Airport is located on the outskirts of the city. It has a single runway built in an east-west layout. In 2018 it was the 12th busiest airport in the UK by both passenger and aircraft movements.

The airport does, however, have a problem with noise complaints, having received 5,507 of them in the first three months of 2019 – an average of 61 per day. However, all is not as it seems: 5,501 of these were made by one individual. One very angry individual.

The man who lives unhappily near LPL has submitted so many noise complaints to Liverpool Airport that they have now received their own classification. On one day he issued a total of 842 complaints – an average of one every 1.7 minutes.

It’s likely he’s using some kind of electronic assistance to make that many complaints. Airport officials have offered to meet and discuss his concerns, but he has refused.

Noise is a problem for airports across the world, however, thanks to advances in engine technology, aircraft are becoming much quieter. Not enough for some, however.