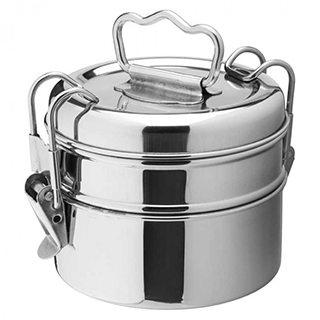 You do your own dishes. Everyone knows that's the proper workplace lunchroom etiquette.

Everyone except maybe an Air India pilot whose dishwashing delegation caused a two-hour flight delay.

An altercation took place after a pilot ordered a cabin crew member to clean his lunchbox after eating, provoking a heated argument between the two. It is unclear whether the dispute turned physical, but other crew members and flight passengers intervened to stop the squabble before both were hauled off the airplane.

The pilot and crew member were then replaced, causing a near-two hour delay to the Bengaluru-Kolkata flight.

Air India says it now plans to ban pilots from bringing their own food into the cockpit to avoid spats such as this one.

"We have taken a serious note of this incident that happened on Monday. We will soon ask the pilots to not bring their own food on flights," a senior airline official said.

"I have been told that the captain wanted the cabin crew member to clean the tiffin after he finished his meal. Probably, this is what led to a fight between them. An investigation regarding this incident has already been started. Strict action will be taken," said another official.

Both employees have been called to the Delhi headquarters for interrogation.