Royals Can’t Win, Whether Flying Private Or With The Plebs 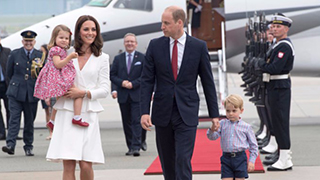 Shortly after Harry and Meghan were publicly bollocked for their use of private jets, Will and Kate received lavish praise for flying economy.

But now there’s a plot twist. It turns out that when Will and Kate booked their budget flight to Scotland, the airline swapped out the plane that would carry them, resulting in two empty planes being reshuffled something like 800 km total. Not exactly the shining example of carbon-conscious flying the Royals were looking for.

According to newspaper The Scotsman: “An aviation source with knowledge of what happened said the plane which normally flies the route had been replaced by a Flybe-branded aircraft in an attempt to maximize press coverage for the company.”

The source added: “An Eastern Airways jet was flown empty from Humberside to Norwich and then flew the scheduled flight to Aberdeen with the Royals on board. The Loganair aircraft which normally flies this route for Flybe and Eastern flew from Aberdeen to Norwich as usual but then flew empty from Norwich to Aberdeen.”

Flybe told The Scotsman that it was Eastern that had decided to swap out the planes, which Eastern confirmed:

“Eastern Airways can confirm any decision as to which aircraft operated the Norwich-Aberdeen service on Thursday morning was entirely that of Eastern Airways and not that of Flybe and apologies to Flybe for any resulting confusion. Decisions taken were to ensure operational control and responsibility remained that directly of Eastern Airways.”

Will and Kate were trying to do the right thing, and they didn’t know about the switch.

“A Kensington Palace spokesman declined to comment but it is likely the couple will be mortified,” reported the Daily Mail.