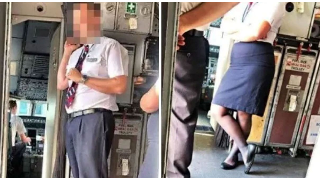 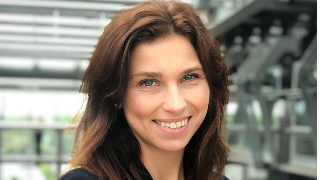 An airline executive has reportedly been fired after appearing to fat-shame another carrier’s cabin crew who were working on her British Airways flight.

Katarzyna Richter, director of LOT Polish Airlines,‎ took pictures of male and female workers while travelling on the BA flight before posting them to Facebook.

The Polish native then reportedly wrote comments attacking the workers for their weight and teeth.

Richter, who identified herself as Operations Director for LOT Polish Airlines Cabin Crew at the time of the posts, appeared to also question if the employees were as sloppy about their duties as she perceived them to be with their grooming.

British Airways employees lashed out at Richter, reportedly telling The Sun newspaper: “She must be sacked for fat-shaming BA crew while going about their duties.”

Others have called her “a disgrace” to the aviation industry.

British Airways defended its staff in a statement to The Sun.

“We are proud of our cabin crew and the exceptional service they deliver to our customers every day,” an airline spokeswoman said.

Following backlash from the post, LOT Polish Airlines said it had terminated Richter’s employment, describing her commentary as “unacceptable,” adding that she “crossed the ethical legal boundaries.”

Richter, who also runs a consultant company called Dealwithculture, has since removed the post and issued her own apology, The Sun reports.

“I would like to apologize very much to the British Airways crew and to everyone affected by I regret my behaviour – I should not judge the competence and appearance of employees of another line I’m sorry again,” she wrote.