U.K. Man Travels To Yukon To Toss Back Whiskey Infused With His Own Toe 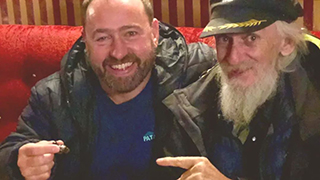 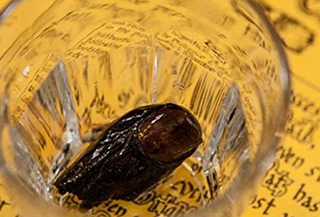 Griffiths donated two of his amputated toes to the hotel for use in its famous 'Sourtoe Cocktail.'

Nick Griffiths from the U.K. travelled across oceans and nations to the Yukon, but it wasn't to hike the Chilkoot Trail. It was to knock back a rather personal drink.

Griffiths lost three toes to frostbite last year in Yukon and one of those amputated toes has ended up in the "Sourtoe Cocktail" at a Dawson City bar.

"I know it sounds quite revolting, but actually I did it and it's perfectly fine. I suppose it's just like having a black ice cube in there, really," he said.

The tradition of tossing back a shot of whiskey with a severed digit at Dawson's Downtown Hotel began in the 1970s when a local man, Captain Dick Stevenson, discovered an amputated toe while cleaning out a cabin and used it to found the Sourtoe Cocktail Club.

And there's a "right" way to drink it, too. A drinker must let the toe touch their lips to officially join the club. There are now more than 100,000 members.

The former British Marine volunteered his toes to the hotel after he suffered severe frostbite in the 2018 Yukon Arctic Ultra, a long distance, backcountry race through the Yukon wilderness in midwinter. Several competitors that year were forced out of the race by frostbite — one man later lost both his feet.

Griffiths's gifted big toe is a big deal for the bar.

"We've been looking for a big toe for a few years, so everyone's pretty excited about it," said Adam Gerle, general manager at the Downtown Hotel.

The bar held a special ceremony on Monday night to introduce Griffiths's big toe to bar patrons, and reunite the man from Bolton, England, with his detached digit.

When it came time to take the shot, Griffiths didn't hesitate. He figures it may have actually been a little easier for him than for others.