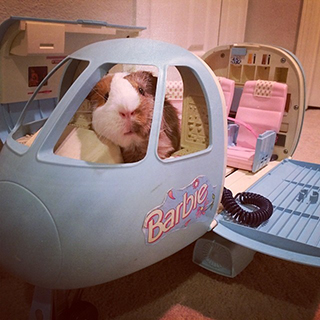 Ever since humans took to the skies in metal tubes, air travel has continued to push the boundaries of what's possible, finding ways to go faster and higher, minimize jetlag, and travel in style.

Now, Qantas Airlines is blazing the trail to fly longest as it gets ready to fly a non-stop 20-hour route between New York and Sydney. It's set to be the world's longest flight, leaving the U.S. on Friday and landing in Australia on Sunday morning local time. No airline has ever completed that route without stopping.

But this won't be your typical long-haul flight. Its purpose is to monitor the physical and emotional toll of ultra-long haul travel.

Scientists and medical researchers will be onboard, turning Qantas’s brand-new Boeing Co. Dreamliner into a high-altitude laboratory. They’ll screen the brains of the pilots for alertness and monitor the food, sleep and activity of the few dozen guinea pig pax.

The aim is to see how humans hold up to the ordeal.

Qantas has run hypothetical flight plans for weeks. The 16,200 km test flight will fly a total of 50 people including crew, with no cargo and limited catering.

Friday’s flight from New York, and another from London later this year, are key tests for Qantas as it prepares to start direct commercial services from those cities to Sydney as soon as 2022. The airline calls it Project Sunrise. If successful, Qantas says other super-long, non-stop routes from Australia’s east coast to South America and Africa might follow.

The proliferation of super-long flights is partly driven by the development of lighter, more aerodynamic aircraft that can fly further.

Airbus SE and Boeing are vying to supply the carrier with new long-range aircraft that can reach the destination with a full load and fuel to spare. Qantas plans to make a decision to press ahead with these flights, or ditch the idea, by the end of 2019.

Being a pioneer in aviation comes with its own hurdles, and addressing the health implications of ultra-long flights is critical for Qantas. It must gain permission from Australia’s civil aviation regulator for cabin crew to be on duty longer than 20 hours. The airline also needs a new deal with pilots who will fly the extra-long routes on new aircraft.