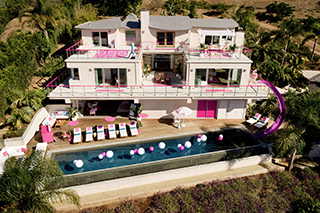 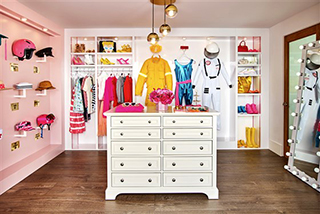 Barbie fans will now have a chance to live inside in the doll's iconic Dreamhouse mansion.

A life-size version of the Barbie Malibu Dreamhouse has been listedon Airbnb in honor of the brand's 60th anniversary, Airbnb announced in a Tweet on Thursday.

The three-story oceanfront villa will be available for a two-night stay from 27-29OCT for up to four guests. It has two bedrooms and two bathrooms, and the reservation costs $60 per night, a nod to Barbie’s 60th anniversary.

"Before women were allowed to open their own bank accounts, Barbie bought her first Dreamhouse," a press release said. "As a modern homeowner and entrepreneur, Barbie is very excited to open her home by listing it on Airbnb to share her story and to continue to inspire fans around the world."

Besides the Dreamhouse's physical features, guests will also get a meet-and-greet and hair makeovers with hairstylist Jen Atkin, one-on-one fencing lessons from Olympic athlete Ibtihaj Muhammad, an interactive cooking lesson with chef Gina Clarke-Helm, and a behind-the-scenes tour of the Columbia Memorial Space Center with aerospace engineer Jill Meyers.

The Dreamhouse will open for booking 23OCT at 8 am Eastern Time.