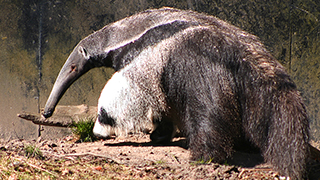 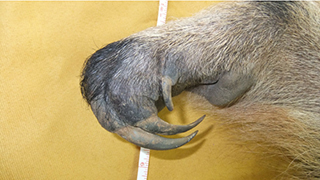 But those claws could leave a mark.

When we think of anteaters (which is admittedly not that often), we tend to think of the long tongues they use to gather the insects for which they are named. But they’ve got big claws too, which they use to rip open holes in anthills. And occasionally, usually when cornered, they will use those claws to attack a human.

A recent lawsuit filed claims that a boy was attacked by an anteater during a Disney Cruise Line vacation and that he did not receive proper care when he was back aboard the ship.

According to attorneys, in October 2018, a young boy and his mother took a vacation aboard the Disney Wonder, and when they got off the ship in Cartagena, Colombia to visit the National Aviary of Colombia, an anteater, which “was not properly sequestered from visitors,” had attacked the young boy, which resulted in severe injury.

There are documents that show the young boy did, in fact, receive medical care once he got back onto the Disney Wonder, but the lawsuit claims it was not enough to keep him from getting a severe mycobacterial infection.

The lawsuit is currently seeking damages in excess of $15,000 and a jury trial.