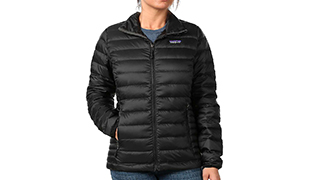 A woman from Oklahoma claims she recently found a lovely Patagonia jacket for sale online — the very same jacket that went missing from her luggage at the Tulsa airport.

Kinley Rice, of Sapulpa, had recently flown with American Airlines out of the Tulsa International Airport, but discovered upon arrival that several pieces of clothing from her bag had gone missing, along with the bag’s luggage tag, which contained her information.

“You think you can trust people, you know, when you pay money for them to be responsible for your bag," Rice told KJRH.

Rice told the TV station she was later surfing the web, and found a suspiciously similar-looking jacket for sale by a seller on Facebook Marketplace. But Patagonia makes a lot of jackets -- could it possibly be hers?

Well, the jacket’s bar code was also visible in the product photo, and Rice says it matched the one she had on her receipt.

Doing a little amateur sleuthing, Rice then investigated the seller’s Facebook account, and found the user worked at the Tulsa International Airport as a baggage handler employed by Piedmont Airlines, a contractor that works with AA. Bingo!

“I felt violated,” she told Fox News, adding that she has since filed a police report and a claim with American Airlines, which she says has already promised to issue her $1,000 to replace her missing items.

“American is very concerned with these allegations,” a representative for the carrier said in a statement. “We are investigating this in coordination with Piedmont, and are fully cooperating with authorities.”