On Friday, the Israeli airline invited its Twitter followers to watch as the iconic aircraft flew a "historic flight path to create a 'sky painting' of a Boeing 747" en route from Rome to Tel Aviv.

FlightRadar24.com, which broadcast the flight path live online, noted that at about two hours into the flight, the pilot dropped to 10,000 feet and began using the flight path to draw what the airline called a “sky painting” of a 747.

Over the course of the next 90 minutes or so, FlightRadar24 posted screenshots documenting the design as it took the shape of a 747.

According to FlightRadar24, the plane's final journey was a charter flight. So although there were fare-paying passengers aboard, they probably weren't too upset about the fact that the epic sky stunt made Flight LY1747 an hour and 35 minutes late arriving in TLV. 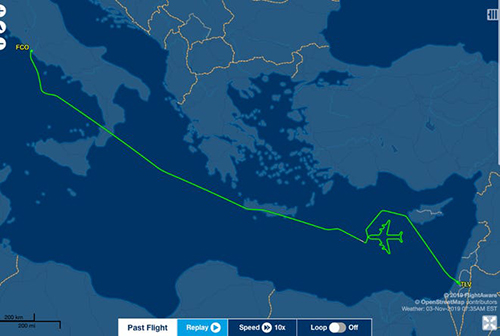 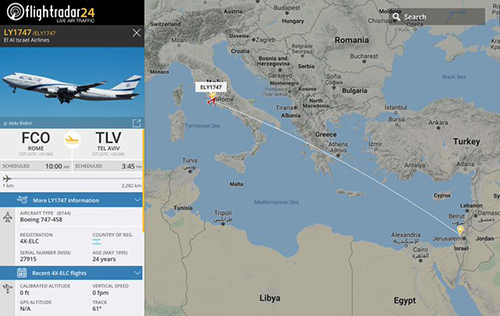