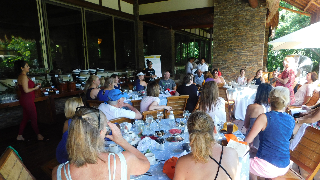 It might be more lucrative dealing with luxury clients, but it’s not always easy, according to a group of top-sellers for the Mexican ultra-luxury resort group Velas Resorts.

As the Grand Velas Riviera Maya hosted a group of top partners from Canada and the U.S., Velas management, including VP Juan Vela, held a session picking the brains of those partners on what they can do better.

But the agent session led by Denys Montes de Oca, Corporate Director of Sales & Marketing for Velas Resorts, started on a lighter note, with agents asked to recount the strangest client requests they’ve ever had.