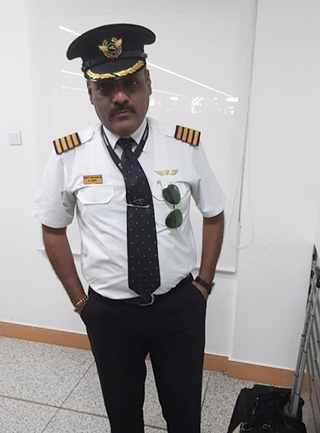 In a real life rerun of “Catch Me If You Can”, a Delhi man took up Leonardo DiCaprio’s famous role and disguised himself as an airline pilot to glide through airport security. (No word on whether a bevy of flight attendants were in tow.)

Rajan Mahbubani dressed in a full Lufthansa pilot outfit, complete with gold captain’s bars and aviators in the breast pocket, in order to fast-track himself through DEL.

The masquerader was waiting for his Air Asia flight to Kolkata when he began raising eyebrows, and Air Asia called Lufthansa to verify his identity. LH dispatched security to the gate, and Leo was caught.

According to The Independent, the phoney got his hands on a LH ID in Bangkok and had enjoyed 15 flights in his Lufthansa gig, with upgrades, queue jumping and getting himself waved through security.