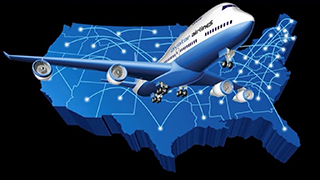 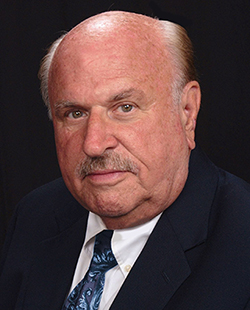 Barry Michaels’s first attempt to start a bargain airline ended with him being sued by investors, sanctioned by the U.S. Securities and Exchange Commission and ultimately receiving 21 months in federal prison on securities fraud and tax charges.

That was in the 1990s. Last week, Michaels once again brought his idea to the Department of Transportation, seeking approval to fly giant 747s on domestic routes and offering bottom-dollar fares propped up by onboard advertising. He calls the company Avatar Airlines and is hoping to raise US$300 million from investors to get it off the ground.

Michaels, a Las Vegas business executive, referred questions about the venture to Avatar’s chief legal officer, Michael E. Zapin. Zapin said he understands people might have concerns about Michaels’s background but said the idea for the airline is sound and that Michaels should be given a chance.

“At what point is someone given a chance to make right? I don’t know? Is it a lifelong sentence?” Zapin said. “Should he be just shut down for the rest of his life?”

Avatar submitted a 450-page application to the Department of Transportation, outlining a business plan and the names of key executives who would run the company. Avatar pitches itself as an antidote to the downsizing and upcharging that has become common across the industry, proposing to fly 747s with space to carry almost 600 passengers in comfort and making almost every single surface inside and outside the planes available to advertisers. Fares would be as low as $19.

“Nothing will be sacred,” Avatar’s application reads. “Management even envisions patrons using the restroom and being ‘greeted’ by a named brand bathroom tissue company when they look inside the lid of the lavatory bowl.”

The Transportation Department has yet to respond to the application, but it turned Avatar down in 2017, after almost a decade of trying to get information from the company about its proposed operations, questioning its financial fitness and the experience of its proposed management team.

Throughout the process, which began in 2008, officials expressed concern about Michaels’s past legal problems. “The fact that you were convicted of securities fraud in connection with that prior application is especially troubling to us,” a Transportation Department official wrote to Michaels in 2009.

Henry Harteveldt, travel industry analyst and president of Atmosphere Research, has tracked Michaels’s efforts. He says there is industry interest in starting new airlines, but he doubted Avatar would take flight.

His bald assessment: “It’s a bad idea with bad management and doesn’t deserve to be funded.”