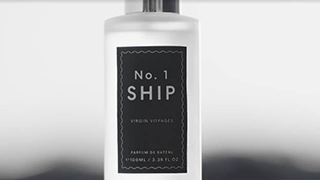 The Ship No. 1 bottle. It is described as
‘parfum de bateau.’ 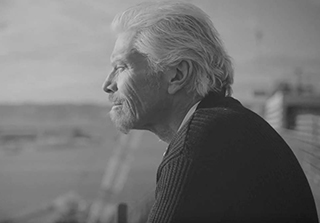 Sir Richard Branson has launched a perfume inspired by his first ocean liner, The Scarlet Lady – called Ship No. 1.

It will become the signature scent of Virgin Voyages, with the aroma described as being a contrast between sea lavender and fig tree, with hints of mandarin, rosemary and sea salt.

The scent will be infused throughout The Scarlet Lady, but before the ship sets sail, you can purchase a bottle of Ship No. 1 exclusively on www.itsmellslikeship.com. Yes, “It smells like ship” is really the URL.

Virgin Voyages’ Ship No. 1 costs US$50 for a 100ml bottle. The good news is that all net-proceeds will be donated to ocean conservation non-profit foundation, Ocean Unite. Proceeds are in support of the 30X30 initiative, which aims to safeguard at least 30% of the world’s oceans by 2030 through a network of highly protected marine areas.

"What's that smell? An age-old question put forward by sailors since the very first days of oceanic exploration. Take it with you wherever, whenever.  And when somebody walks into the room and says, ‘It smells like something in here, but I just can't put my finger on it.' Let them know. It smells like ship."

If you had any doubts that Virgin Voyages will offer a dramatically different approach to the cruise ambience, this should dispel them.

There’s a video too. Check it out here.