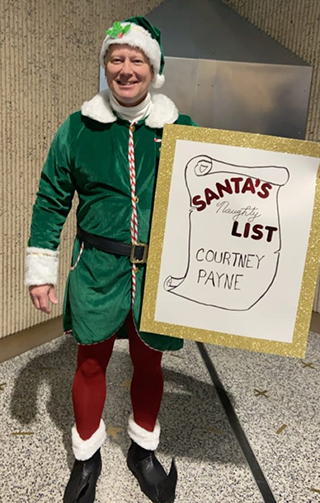 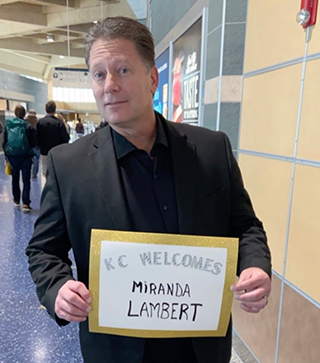 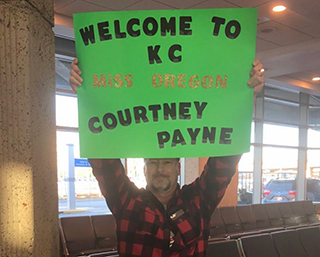 Passengers are sometimes greeted with flowers when getting picked up at the airport.

Not Kansas City's Courtney Payne, whose father shows up in a creative array of costumes and outfits, with his latest Christmas-themed garb earning him viral fame.

"Are you Courtney Payne, on The Naughty List?" he is heard saying loudly in a video posted on Twitter feed as his daughter is entering the terminal.

Payne said her dad has been showing up at the airport with unusual signs or costumes every time she's flown home from graduate school in Portland, Oregon. Each time, he did a little something different and more outlandish.

"This is just his personality," she said.

One sign said "Kardashian," as in the reality TV family. Another said, "KC Welcomes Miranda Lambert," the country music singer. When he picked her up for Thanksgiving, Doug Payne was dressed in a red flannel shirt with a sign proclaiming, "Welcome to KC Miss Oregon Courtney Payne."

"That’s when it started to get a little bit embarrassing," Payne said. "Everybody sees what’s happening. We’re in the airport for about 20 minutes while he continues the show. He likes to hold up the sign."

Payne will graduate in JUN, so spring break may be the last chance for her dad to top his Christmas performance. He's been getting ideas from his co-workers, she said, and she expects he'll do something extra special. He won't tell her what.