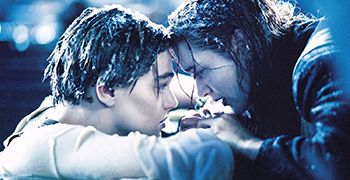 Since Titanic hit theatres in 1997, there’s been an ongoing debate about whether or not Leonardo DiCaprio’s character Jack could have feasibly made it onto the same floating door that kept Rose DeWitt alive.

But now Hollywood megastar DiCaprio has a real-life oceanic rescue story to tell. He helped rescue a 24-year-old Club Med cruise worker who fell overboard in the Caribbean.

The Oscar-winning actor was on a luxury boat near St. Bart’s when it picked up a Mayday call, prompting him and his friends to search for the French Club Med crew member.

The group eventually found the man, who had been treading water for 11 hours near the island of Saba, part of the Leeward Islands.

The captain of DiCaprio’s boat reportedly put the man’s chances of survival “at one in a billion.”

DiCaprio’s boat rescued the man and provided him with food, drink and clothes before delivering him to coast guard officials.

“Leonardo played a blinding role in his own real-life Hollywood movie,” a source told the UK’s  Sun newspaper.

“[DiCaprio’s crew] were the only responders, and his only chance of survival, despite being hours away. The ‘man overboard’ was minutes from drowning when he was found.”