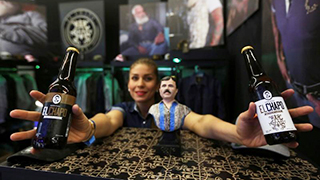 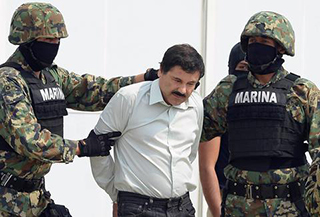 A murderous drug lord serving life in prison is being celebrated with a beer named in his honour.

The beer is part of the “El Chapo 701” brand, which has already launched a clothing line, and gets its name from when Forbes named him the 701st richest person in the world in 2009. Forbes estimated his net worth at US$1 billion at the time.

“This is an artisanal beer, with 4% alcohol. This prototype is a lager, and it’s made up of malt, rice and honey so it’s good,” said Adriana Ituarte, a salesperson for the brand. “And the idea is for it to be sold at bars that stock craft beer.”

“El Chapo”, who shipped narcotics around the world and escaped two maximum security prisons before his final capture, was extradited to the United States in 2017 and found guilty in a U.S. court last year on a host of drug trafficking charges.

Mexico’s drug cartels are a plague on the country, with thousands killed each year as they battle for supremacy in a hugely lucrative market. As well as being scorned, however, narco-traffickers are celebrated in a distinct genre of Mexican music known as ‘narcocorrido’ or ‘drug ballad.’