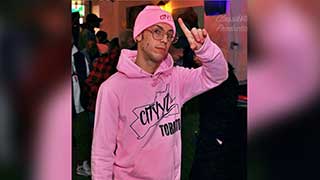 Police arrested a man for mischief after he told a WestJet plane full of people bound for Jamaica that he had coronavirus, forcing it to return to Toronto on Monday.

WS2702, bound for Montego Bay, was about halfway there when the man stood up and told crew and passengers he had coronavirus.

The pilot radioed back and returned the flight to YYZ. After landing, the man was assessed by medical staff and deemed symptom free. He was then arrested.

James Potok, 28, from Vaughan has since been charged with mischief and breach of recognizance. He will appear in court on 9MAR in Brampton.

Potok's parents confirmed to CityNews he is an "up-and-coming" musician who also goes by Potok Philippe. Not sure if he'll still be considered up-and-coming after this stunt.

Potok tells CityNews he meant it all to be a prank and "it was good for publicity."

"It would be something else if I said 'Hey guys I have a bomb strapped to me ... I have a weapon on me' ...  people blew it out of proportion. To me it was simply a joke," he says.

"About mid-way through the flight I stood up, pulled my video camera out – I was going to post it to Instagram, send it to 6ixbuzz so it goes viral," he explained. "I looked around, I said 'can I get everybody's attention please' and ... I followed up by saying, word-for-word, I said 'I just came back from Hunan province, the capital of the coronavirus...I'm not feeling too well. Thank you.'"

To his but no one else's surprise, the joke fell flat. Within 15 minutes all the crew were wearing masks and he was masked and gloved as well.

When the plane started turning back, he says he began to second-guess his actions. Potok says he travels to Jamaica four to five times a year (past tense?) and was on his way to shoot a music video. He says he realizes now that joking about the virus was not a wise decision.

"I'm very, very sorry for my ignorance and not understanding that it's an epidemic ... that people hear the word and ... it's become synonymous with threats," he said, reiterating that he never actually said he had the virus.

"I thought it would spark a reaction ... I did not think what I was doing would be considered illegal or warrant that type of response," he said.

Potok adds that he was booed by passengers and they were very irate with him as he was escorted off the flight. (Hello! You just killed a day of their vacation!)

WS apologized to the 243 passengers affected by "this unfortunate situation." They added crew followed all protocols for infectious disease on board, including sequestering the man.

Two flights were cancelled due to the incident on Monday and WS had to add an extra flight Tuesday, both to and from Montego Bay, for those affected.

Marion - February 5, 2020 @ 11:55
Please make him pay the bill even if it takes him a life time and publish this so that others will be aware of the consequences. This makes me so angry as anyone that does this just does not get it. And the only way is if they are made to take care of the fall-out from their transgression.