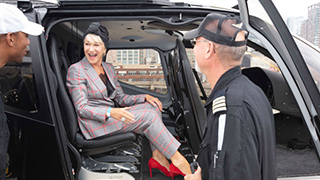 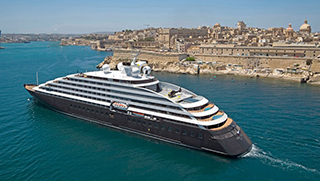 The Eclipse stakes a claim as “the world’s most luxurious cruise ship.”

Now that’s a goodie bag. It already boasts an Oscar-winning actress as its godmother, but Scenic Eclipse could soon be hosting a whole ship full of A-listers.

All 24 individual nominees at last night’s Academy Awards ceremony went home with a voucher for a 12-day sailing on board the new ‘discovery yacht’, dubbed the world’s most luxurious cruise ship.

Other gifts include a romantic getaway to former Spanish lighthouse converted into a luxury hotel and $33,000 worth of cosmetic treatments such as lip fillers and chemical peels, according to Forbes.

The goody-bag, which is curated by Distinctive Assets, is worth a whopping $285,000 overall.

The Scenic Eclipse is no stranger to Oscar-level talent. Four-time Academy Award winner Dame Helen Mirren played the role of godmother for Eclipse last year, naming the ship at a lavish ceremony in New York.

A-list stars who take up the offer can choose from sailings in the Americas, Antarctica, Europe and the Med, as well as the Arctic and Norwegian fjords.