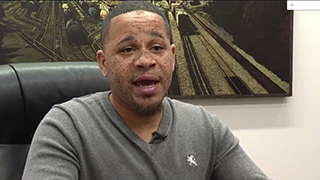 A former American Airlines flight attendant says he was unfairly terminated from his job after failing a breathalyzer test, claiming that his ketogenic (keto) diet was responsible for the false positive.

Andre Riley, who had been hired at AA in 2012, was terminated last year following a breathalyzer test administered after a Las Vegas-to-Charlotte flight.

Riley, however, had previously failed a company breathalyzer in 2013, in an incident that was determined to be related to drinking. The Department of Transportation has a policy that bars anyone who fails more than once from working aboard an aircraft for any employer.

"I don’t want to be punished and take consequences for something that I didn't do. That's like admitting to a crime or going to jail even though I didn't do it,” Riley said.

His claims about the keto diet aren’t entirely outlandish. According to a doctor who spoke with Men’s Health in 2019 when the keto diet was gaining popularity, certain breathalyzer equipment may give false positives when used by people in ketosis.

Dr. Ryan Lowery, who specializes in ketogenic diets and runs Ketogenic.com, further claimed to Fox 46 that “some devices aren't able to differentiate between isopropyl and ethanol.”

In a statement, Riley's lawyer, Charles Adkins, claimed that Riley was asked to submit to a breathalyzer following a flight from Las Vegas to Charlotte, N.C., at which point he blew a .0050 and a .0052. But according to Adkins, Riley's colleagues never observed any smell, or intoxicated behaviour, from Riley during the previous four-hour-plus flight.

"For Andre to blow a 0.05 after a 4 hour and 15-minute flight, he would have had to have been stumbling drunk getting on the flight, or consumed mini bottles from the plane's alcohol stock without being noticed by other passengers and crew members, and which are accounted for by log," said Adkins.

Adkins said he believes Riley's keto diet, combined with the "dated" technology of the particular breathalyzer device used, was responsible for the false positive.

Riley says he fears the same thing will keep happening to other employees on the ketogenic diet unless the airline changes its equipment.

“I want them to use a more accurate test if someone is giving you a reason why this could possibly happen,” he said.