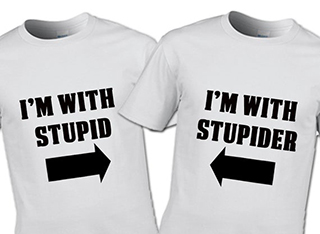 The things people will do to avoid an airline fee…

Swoop says a passenger faked having Covid-19 in a bid to avoid paying the fee for changing a flight out of Abbotsford International Airport last Friday.

According to Swoop, the unnamed pax told staff he/she had contracted the coronavirus, but did not provide a doctor’s letter as required by the company’s rebooking policy.

“Due to the sensitive nature of this claim, we followed up with this passenger, who said they were only making this claim to try and change their flight,” said a Swoop spokesperson in an email.

“We took this very seriously and sanitized all appropriate surfaces. We do not suggest anyone who is feeling unwell to show up at the airport and to utilize our call centre.”

The company said it could not confirm any other details about the passenger for privacy reasons. Which is fine, as we don’t want to hang out with him/her, virus or no virus.

The incident comes nearly a month after a man aboard a Toronto-Jamaica flight stood up in his seat and loudly claimed to have COVID-19, prompting WestJet to return the flight to the airport.

Police arrested the man, who thought the stunt would make a great viral video, when the plane landed. He has been charged with mischief and breach of recognizance.