Tourists Hole Up In Caves To Ride Out Coronavirus Pandemic

As people around the world struggle to adapt to a new living situation under coronavirus lockdown measures, six foreign tourists took a rather outlandish approach by hiding out in a cave in India.

The group lived in a cave near Rishikesh, a town in northern India, for nearly a month before they were found by police and escorted to a quarantine facility.

The tourists -- four men and two women from France, Turkey, Ukraine, the United States and Nepal -- were initially staying at a hotel, but ran out of money and took refuge in the cave, said police spokesperson Mukesh Chand.

"They had been living in the cave since March 24, the police found them on Sunday and moved them to Swarg Ashram near Rishikesh, we have asked them to self-quarantine for two weeks as a precaution but the group seemed healthy," Chand told CNN.

The group were rationing their remaining money to buy food and other items, he added.

And these weren't the only tourists who tried to get off the grid in unconventional ways. 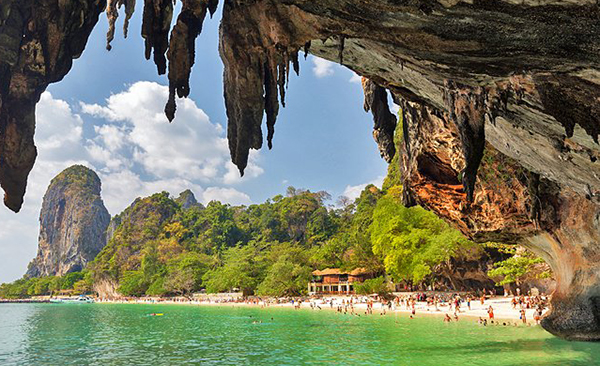 Krabi, Thailand, where a group of tourists set up camp in a cave as they waited
for pandemic to subside.

A Russian couple in their 30s have been found holed up inside a cave near the tourist town of Krabi in Thailand. They set up a tent inside the cave after being kicked out of their hotel when it closed due to Covid-19 pandemic restrictions imposed earlier this month. They were unable to return to Russia and decided to fend for themselves.

Officials escorted the couple to a hospital in Ao Nang for a health check. Both were declared healthy with no fever or symptoms of Covid-19.

When police asked what they were going to do next, the couple said that they can’t travel back to Russia until the local outbreak situation improves.