A U.S. airline has applied for US$15 million in funding through the CARES Act.

The fishy part is that Avatar Airlines, formerly known as Family Airlines, has been around since 1992 – but only on paper. And all these years later, it admits to having "no flights, no overhead, administrative expense, or fixed costs at the present time." 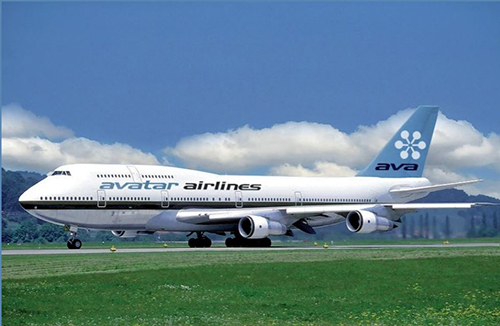 According to SimpleFlying, Avatar's obstacle over the years seems to be a lack of funding and investors. That may be understandable in the current environment, but given that this airline has struggled to raise funds over the last 30 years, it perhaps signals a problem with the business model.

The airline has plans to be "fully operational" by mid-2021, writes Michael E. Zapin, EVP and CEO of Avatar Airlines, in the application to Secretary Mnuchin.

With the potential for US$15 million in government assistance, they may well be able to pull it off.

"The presence of the corona virus and its crippling effect on the stock market and the nations economy as well as the fiscal and psychological state of its prospective investors, has left Avatar in an uncapitalized state, with no clear path to compensating its employees during its most critical phase of development."

One can’t help but wonder why it’s taken 30 years to reach the ‘most critical phase of development’. But the next 30 sound like a humdinger!

"Avatar will pioneer a new age of budget travel for a new millennium. Harnessing the economies of scale, Avatar will make exclusive use of the jumbo Boeing 747 in a high-passenger configuration without sacrificing creature comforts such as seat pitch, roomy overhead bins and wide-body dual aisles," it writes on its website.

"Avatar’s configuration is projected to result in one of the lowest average cost per seat mile in the industry, approximately 6 cents! We expect to pass those savings on directly to our passengers by offering every day fares of about 40-50% less than the competition."

Good luck with that.