Bears Are Taking Over PEI… And The Locals Love It

No one has seen a bear on Prince Edward Island in some 90 years. Now, there are hundreds.

Teddy bears, that is. 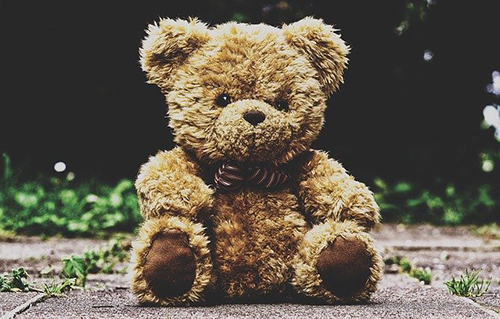 Kim Baglole, a resident of Summerside, PEI, was looking for some way to respond to the COVID-19 pandemic… And before you can say Winnie-the-Pooh, the PEI Bear Hunt was born!

On March 23, Baglole created a Facebook group that encouraged islanders to put teddy bear plushies (or other stuffed animals) in their windows, and residents could drive around town, tracking down the fuzzy creatures.

Within a week, the Facebook group grew to 7,500 members, and it’s still growing.

Now, the stuffed bears are popping up by the hundreds on front porches, mailboxes, lawn chairs, and windowsills, as thousands of islanders hunt them down from the safety of their cars.

“I just wanted to start it for something fun,” Baglole told Atlas Obscura. “The goal is for people to get in the car, drive around, and count. Make a game of it. It’s giving families something to do.”

The inspiration for the PEI Bear Hunt came from friends in Baglole’s hometown of Gander, Newfoundland, who started a similar group a few days before, inspired by the children’s book We’re Going On a Bear Hunt by Michael Rosen and Helen Oxenbury.

In Prince Edward Island, "bear hunters" were soon posting about the difference the teddy search was making in their lives.

“One lady said her son has been depressed,” Baglole says. “His birthday happened and he’s not allowed to have friends, so they took him bear hunting. He came home and put bears up in their windows, and he’s talking and laughing again.”

Baglole also tells the story of a woman whose grandchildren came for sleepovers every weekend, their beds filled with stuffed animals. After three weeks without a visit, Baglole says, “She put the stuffies in the window. Her grandbabies came by to see them, and they all ended up crying with excitement.”