A man is facing trespassing charges after he was found camping on Walt Disney World’s Discovery Island, according to the Orange County Sheriff’s Office.

Richard McGuire, 42, said he thought the Disney-owned park was just a “tropical paradise.” 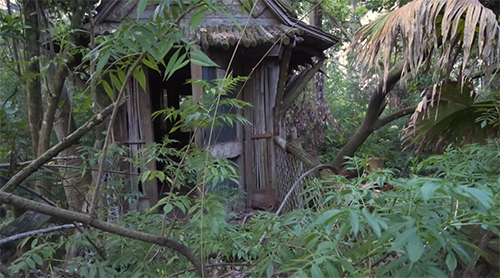 It’s pretty clear why Discovery Island might have given him that impression... It has been abandoned for 21 years.

The island, part of the Disney's Orlando-area portfolio, was a zoological attraction where guests could observe birds and animals. It operated from 1974 to 1999, but has since sat empty and overgrown with vegetation.

Deputies report they searched for McGuire on foot, by helicopter, and by boat before finally making contact with him.

McGuire said he was not aware that the property was off limits, and that he was planning to stay for about a week after already setting up camp for a few days.

However, authorities note that to get to the island, he would have already passed no trespassing signs and two closed gates.

McGuire was arrested and charged with misdemeanor and trespassing, and was also ordered not to return to any additional Walt Disney World properties, according to the report.