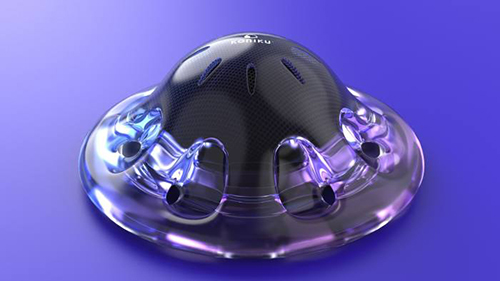 Airbus has partnered with Silicon Valley start-up Koniku to develop "smell sensors" that could detect dangerous chemicals and explosives, as well as biological hazards such as the new coronavirus.


Similar to how sniffer dogs are used for threat detection, the new prototype has jellyfish-like sensors built from living biological cells that can “smell” molecular compounds.

“The technology has a very quick response time of under 10 seconds in best conditions,” Julien Touzeau, head of product security for the Americas at Airbus, told the Financial Times. “With this level of maturity it’s an incredible result and hopefully it will improve over time."

Airbus said it has plans to place several of these odour-detection devices in select airport screening tunnels later this year so that they can sniff out hazardous materials.

“Based on the power of odour detection and quantification found in nature, the technical solution…uses genetically engineered odorant receptors that produce an alarm signal when they come into contact with…the hazard or threat that they have been programed to detect," Airbus explains in a statement.

Technology that can see, touch, hear and even think already exists, and the idea of an ‘electronic nose’ is nothing new. But machines that can ‘smell’ have been much trickier to develop. This is the first time a product has been this close to actually launching in the market.

Koniku believes it may have cracked the case.

“We have developed a technology that is able to detect smell — it’s breathing the air, and it’s essentially telling you what’s in the air. What we do is we take biological cells…and we genetically modify them to have olfactory receptors," Oshiorenoya ‘Osh’ Agabi, a Nigeria-born physicist who founded Koniku in 2015, told FinancialTimes.

FT reports that Airbus has been working on this project since 2017 and is confident that the prototype that exists today will work.