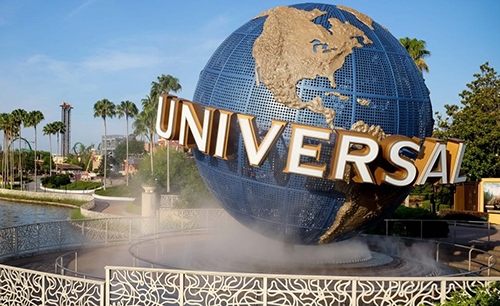 Universal Orlando Resort in Florida cautiously reopened to the public on 05JUN after being corona-closed since mid-MAR.

In the age of coronavirus, the park is taking a number of health and safety precautions. Among the measures are limits on the number of people allowed in and mandating social distancing measures.

It's no small task, as "crowd limits" and "theme parks" are virtually oxymorons. After all, amusement parks are built to pack in the crowds, fill up roller coaster rides and generally whoop it up.

Craig Williams, producer of The DIS Unplugged who has been visiting the park since 2011, attended opening day on 05JUN. He said he was surprised at what he saw, telling CNN that reopening day "was one of the slowest days I've ever seen at Universal Orlando since I've been attending."

He said he arrived around 11:30 a.m. to avoid the early crowd and was surprised to see no lines for parking, temperature checks or security checks.

"There was definitely the idea it was going to be very busy, but it didn't live up to that at all," he told CNN.

Williams speculated that with so much international flying still restricted, the numbers could also reflect mostly locals or people who didn't have to drive too far to go.

Richard Kerr with The Points Guy also reported light crowds at Universal. He said social distancing was enforced in the ride line, but the queues had "relatively few people" in them, making them appear longer than they actually were.

While it may not bode well for Universal's financial statement, it comes as a welcome perk to visitors.

Members of an extended family from Georgia and Texas told CNN they were vacationing in Florida when they found out Universal was open, and rushed for their first-ever visit.

When else could you enjoy an entire theme park almost all to yourselves?