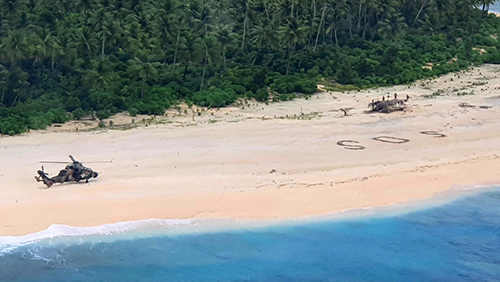 In a scene out of Castaway, or for those old enough, Gilligan’s Island, three sailors spent three days on a remote, uninhabited Pacific island.

Without Ginger or Mary Anne to help with the chores, or even Wilson for company, they had no choice but to dig out a large SOS on the beach. 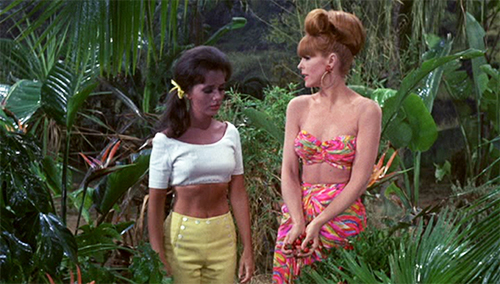 Pikelot is an uninhabited coral islet less than a half kilometre long, heavily forested, and home to a seabird rookery and a turtle nesting site.

The men were on a 42-kilometre journey between the Poluwat and Pulap atolls when their skiff ran out of fuel and went off course. They eventually landed on Pikelot Island, nearly 200 kilometres west of their intended route.

After three days of castaway life, luck struck. A helicopter from Canberra spotted the giant SOS sign next to the sailors' makeshift shelter.

Australian and U.S. military aircraft rescued the three sailors and found them to be in "good condition." That's exactly what a bit of island time will do for you.