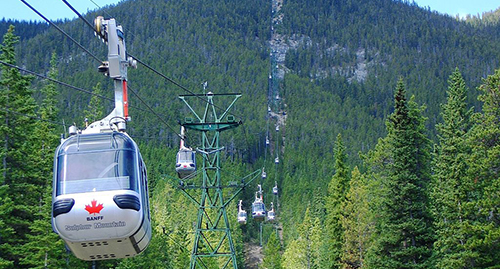 A Kentucky man is so enthralled with Canada, he just can't stay away, despite Americans currently being barred from leisure visits because of the ongoing pandemic. This forbidden love story doesn't have a happy ending, as his sightseeing escapades have been caught out and led to charges including a $750,000 fine and six months in jail.

Some U.S. citizens are taking advantage of a goodwill policy that lets those without coronavirus symptoms drive through Canada to and from Alaska. To limit exposure, they must use the most direct route, can only use drive-thru windows for food, and must quarantine if staying at a Canadian hotel. They are also not allowed to visit national parks or engage in any sort of tourism activities.

Pennington flouted those rules, opting to take the "scenic route" on his way to Alaska, RCMP Cpl. Tammy Keibel told McClatchy News. A worker at Banff's Rimrock Hotel in Banff spotted the man disobeying the quarantine stipulation for Americans, and RCMP slapped him with a $1,200 citation.

That wasn’t enough for Pennington to learn his lesson.

Police received another complaint the next day after someone saw the Kentuckian's car at Sulphur Mountain, a popular tourist spot in Banff.

Pennington is scheduled to appear in court in NOV. If convicted, he faces a fine up to $750,000 and six months in jail.

Most of our southern neighbours play by the rules, and Pennington's arrest has been the only one made under the country's Quarantine Act, RCMP Staff Sgt. Michael Buxton-Carr told CBC News.

"The vast majority of Americans and vehicles with American license plates are people who are here for legitimate reasons," he said.