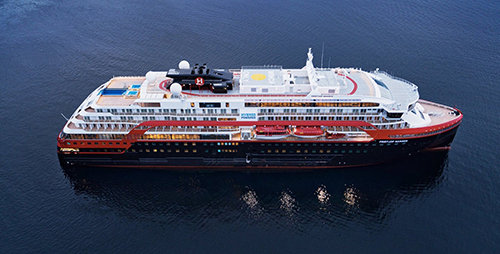 With much of leisure cruising on the backburner, some cruise ships have been forced to look for alternate ways to make a living. Hurtigruten, for example, has turned to acting.

MS Fridtjof Nansen is docked at Hellesylt and is functioning as a hotel-ship for 400 film crew, according to Norway Today.

It is not known what the second ship is used for, but UK-based travel agency Bolsover Cruise Club says "rumours are swirling" that the ships may appear in the Mission Impossible 7 movie.

The as-yet untitled movie is being filmed in several European locations, but has faced production stoppages due to the ongoing coronavirus pandemic. To prevent more filming delays, Tom Cruise reportedly picked up the nearly CA$900,000 bill for renting one of the ships through September, according to The Independent.

Barring any serious delays, Mission: Impossible 7 is scheduled to be released on 19NOV, 2021.