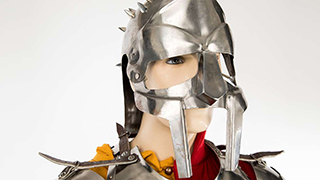 Stepping into the 40,000-square-foot Unclaimed Baggage Center in Alabama is like stepping into a museum of the weird, wacky and wondrous.

Since 1970, this is where air carriers have been sending the millions of objects forgotten or lost by passengers, and the centre sells these items to new homes.

There have been some rather bizarre doo-dahs up for grabs. The Unclaimed Baggage Center says one of its 'hot' finds was a shiny, silver aluminized fire suit used to shield firefighters from ambient heat, according to DailyMail. The suits are traditionally used in factories, aircraft fires, and situations where a firefighter risks being fully engulfed in flames.

Another type of suit found at the center is full-body plate armour, the kind medieval knights might have donned. The center says it has received three of those in its 50 years.

Then there are the shrunken heads. Believe it or not, there have been several over the years, including one that served as decoration on a medicine-man stick. It's uncertain where this bizarre item came from, but the DailyMail notes: "Headhunting has been documented only in the Amazon rainforest's northwestern region (Ecuador and Peru). Tribes such as the Aguaruna, Huambisa, Achuar and Shuar have been known to shrink and collect human heads."

One of the most "unique and incredible finds" at the Unclaimed Baggage Center is an Egyptian burial mask. The company reveals the antique arrived in a well-travelled Gucci suitcase filled with artefacts from about 1500 BC. That find went on to be sold through a specialist sale at Christie's auction house in New York City.

What the company does not say is how much money it's made off the luggage - left unclaimed by thousands of travellers - in its half-century in business.