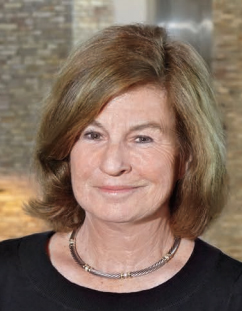 Canada's mandatory two-week quarantine continues to be a thorn in the side of travellers and the travel industry. But it didn't slow down a current-day U.S. businesswoman and her two cronies, who managed to avoid such inconvenience. The question is how.

Liz Uihlein, CEO of Uline Inc., a Wisconsin-based retailer of shipping, packing and janitorial supplies, and two other senior company executives flew into Canada on her private jet at the end of AUG for what her company calls a "facility visit" to its Milton, Ont., warehouse.

According to Uihlein, they were granted formal exemptions from the two-week self-isolation period that has been in place since MAR.

Just so you know, only 5 people: four cabinet members and Canada's Chief Public Health Officer, have the power to issue national interest exemptions. But according to CBC News, all deny giving the three Americans free passes, and Uline Inc. refuses to say who approved their applications.

In an impressive example of backside-covering, Minister of Public Safety Bill Blair, who is one of the four cabinet ministers with power to permit people to enter Canada  without following the same quarantine rules the rest of us have to follow, tweeted that the decision to allow Uline executives in without quarantining was made by Canada Border Services Agency officers "based on the information provided" and that "entry should not have been provided."

"No special entry exemptions were provided to Uline executives, nor were any national interest exemptions. This was not a political decision," Blair tweeted.

Uihlein, along with her husband, Richard, ranks as the biggest donor to the U.S. Republican Party, according to the Center for Responsive Politics, and has given more than US$40 million so far in 2019-20, CBC reports. She has been outspoken in her criticism of the U.S. response to the coronavirus pandemic, complaining that government-mandated shutdowns have been costly and disruptive for business.

But apparently, not disruptive for her private jet visits to Canada.

Even Britain's The Independent reported on the political fallout in Canada, noting how  NDP leader, Jagmeet Singh, criticized the Liberal government for taking care of his friends in high places.

“While Mr. Trudeau’s been asking Canadians to follow public health advice, behind closed doors he’s been giving exemptions to billionaires,” he tweeted. “We know he thinks there’s one set of rules for him and his rich friends, and another for the rest of us – but this is something else.”

Ontario premier Doug Ford also criticized Uihlein’s visit, and said: “It doesn’t matter who you are. I don’t care if you have fifty cents or ten billion dollars. It doesn’t make a difference: the rules are the rules.”

Except when they aren't.