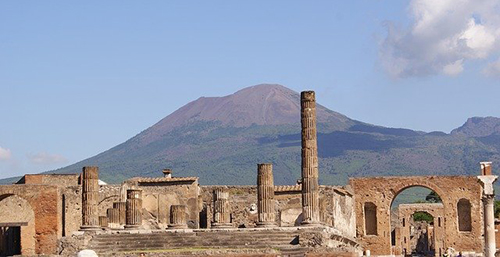 A Canadian tourist who stole artifacts from Pompei in 2005 says she has suffered 15 years of bad luck for her sticky fingers.

The Canadian woman, identified only as Nicole, sent a package containing two white mosaic tiles, two pieces of an amphora vase and a piece of ceramic wall to a travel agent in Pompei, reports CTVNews, citing Italian newspaper Il Messagero.

In a letter accompanying the parcel, Nicole confessed to stealing the artifacts when she visited Pompeii in 2005 and asked for forgiveness. She said she was 21 years old at the time, "young and stupid" and wanted to have a piece of history "that no one could have."

Instead, she believes she ended up cursed, resulting in two bouts of breast cancer, a double mastectomy, and her family’s financial struggles.

"We are good people and I don't want to pass this curse on to my family or children. For this forgive me for the gesture made years ago, I learned my lesson," Nicole wrote.

"I just want to shake off the curse that has fallen on me and my family. Please accept these artifacts so that you do the right thing for the mistake I made. I am so sorry, one day I will return to your beautiful country to apologize in person."

Nicole's package also contained another letter from two of her friends along with some stones they had stolen from the site in 2005.

The Pompeii Archeological Park confirmed in an email to CTVNews.ca the artifacts have been returned to the site.

Nicole isn't the first one to display stealer's remorse or feel the wrath of Pompeii's victims. The park said it has been receiving letters for several years from visitors who have stolen small objects, claiming the artifacts caused a series of misfortunes.

In at least one respect, she's lucky: to escape prosecution.