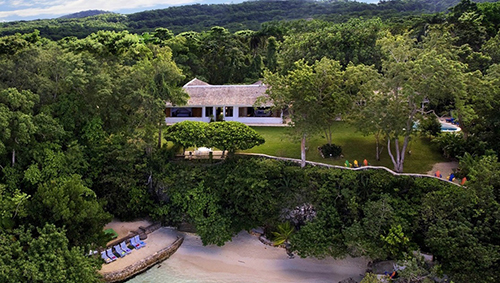 Fans of James Bond books and films can follow in the footsteps of the world's smoothest fictional spy with a special tour package  - in the travel destination that arguably has the strongest ties to the 007 stories.

To honour the upcoming release of the 25th James Bond movie, No Time To Die, Ian Fleming's GoldenEye resort in Jamaica is offering a special package for guests to experience the birthplace of one of the greatest spy series.

Jamaica has played a tremendous role in bringing the 007 action flicks to life. Not only is it where former British intelligence officer Ian Fleming wrote all 13 James Bond novels, but the author was so enchanted by Jamaica, he called it home for many years. Jamaica was also used as a filming location for Bond movies.

Highlights of the four-night "Ultimate James Bond Experience” include a guided snorkeling tour through Fleming's reef, and a visit to Firefly Estate, former home of English actor and playwright Noel Coward.

Guests are also treated to a copy of “GoldenEye: Where Bond was Born” by Matthew Parker and signed by Chris Blackwell, and a tour of the Fleming villa.

A bottle of Bollinger champagne, a brand featured in many of the Bond films and novels, is also included in the package. And just like 007 ordered it in his San Moniquan Hotel room in the film Live and Let Die, we'll take it slightly chilled.

Alas, a personal introduction to Daniel Craig is not part of the package.