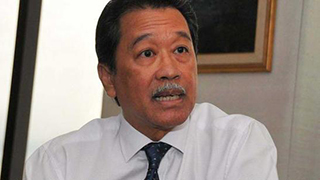 Oh those lousy luggage fees. Even the CEO of an airline has been known to throw his weight around to avoid paying them.

Leveraging his status for that very purpose is what recently landed Mr. Wallop Bhukkanasut, former CEO of Thai Airways, in jail.

Back in 2009, he and his wife were returning from a junket in Tokyo where an admirable commitment to shopping therapy landed them with 300kg in excess luggage. Rather than pay for packing that load, Mr. Wallop ordered airline staff to under-report the weight of his baggage.

The couple flew back to Thailand without paying the thousands of dollars in fees.

Disgruntled staff complained to supervisors and word of baggage-gate got out.

Thailand’s Central Criminal Court for Corruption and Misconduct recently found the former chairman guilty of breaching Section 11 of the National Anti Corruption Act and sentenced him to two years in jail. A Thai jail.

The moral of the story is that although the man argued his (suit)case, saying that he was bringing back fruits that he had planned to donate - a very plausible defence - in the end, Wallop got walloped.