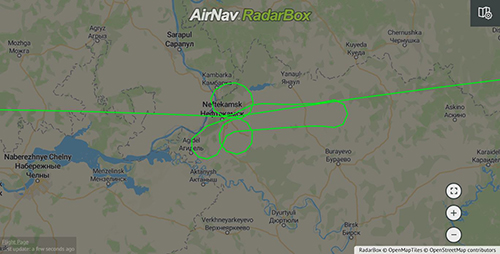 Twelve-year old boys and bathroom walls have an undeniable affinity for one another. Particularly when it comes to drawing male genitals.

But unless airlines are now recruiting pre-pubescent males, one has to wonder what motivated two Russian Podeba pilots to fly off course long enough to map out a penis with testicles on their flight path.

The little romp added a full 20 minutes to the route causing a delay to the flight between Moscow and Yekaterinburg. Having no knowledge of Yekaterinburg, one could venture to guess any delay would be welcome.

Several UK media outlets have reported the two Pobeda penis pilots are under investigation for their actions.