It’s a lesson in the power - and the perils - of social media success.

Montreal media reported earlier this month about a video posted to Instagram by the Ritz-Carlton Montreal that turned out to be a lot more successful than expected – about a thousand times more successful! 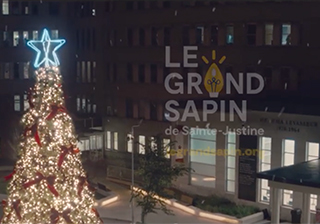 The social media video was posted to support Montreal’s CHU Sainte-Justine Mother and Child Health Centre’s Christmas tree toy drive. According to the Montreal Gazette, “the campaign worked really, really well. So well, in fact, that the hotel had to walk back on the promise it made to donate one toy for every share, changing the caption of the video, and details of the campaign, after it went viral.”

Just how viral? The video was viewed more than two million times, and shared by more than a million user accounts.

If the landmark luxury hotel had followed its social media promise to the letter, it would have had to donate an inconceivable one million toys.

In the brouhaha that followed, outraged commenters condemned the hotel for using the children’s hospital for its own marketing purposes, and there were loud calls for the hotel to actually donate a million toys.

Luckily, cooler heads prevailed, including at the children’s hospital charity, which declared it couldn’t use or even store a million toys, but that it was certainly grateful for the incredible response and show of support from the hotel and the public.

Ritz-Carlton representatives pointed out they have had a partnership with CHU Sainte-Justine since 2012 and have donated more than $100,000 in cash and toys during that time. The hotel also promised to honour the spirit of its Instagram post this year.

Ultimately, the Ritz-Carlton Montreal donated 1,000 toys, and every child on the hospital’s pediatric ward received a toy this past weekend.

As for the post, as the Montreal Gazette reports, “The video was posted again on the Ritz-Carlton Instagram account, with a caption explaining the history the hotel has with CHU Sainte-Justine, applauding all the people who shared the post and thanking them for their help raising awareness for the hospital.”

Katia Piccolino, spokesperson for the Ritz-Carlton Montreal is quoted as saying, "Never in a million years did we think the post was going to go so viral."

But like any good PR expert, Piccolino sees the upside of the original viral post and even the publicity storm that followed.

“If everybody who shared this goes back to donate on their link, how beautiful is that?"